Privacy Matters: Without Encryption, It’s So Easy For Anyone To Eavesdrop On Your Phone Calls

In the current digital age, we’re all concerned about information privacy. From passwords to firewalls, it’s important to consider effective cyber security defenses to protect your information.

However, computers aren’t the only area where privacy matters. Your telephone communications can be vulnerable too. In fact, last year hackers were able to drain bank accounts across Germany by using a vulnerability in cell phone technology to obtain bank customers’ usernames and passwords. 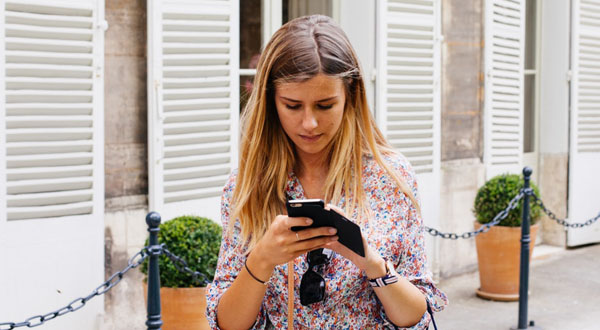 Let’s review the ways that your calls can be spied on and what you can do about it.

How Can Your Cell Phone Calls Be Spied On?

There is a backdoor built into every cell phone call. It can be accessed by intelligence agencies, hackers, or anyone with your telephone number.

Let’s get technical for a bit to explain the vulnerabilities of cell phone technology.

One of the functions that underpins cellular phone networks is called SS7 (Signaling System Seven). This is a type of hand-off script that allows your cell phone to roam across networks and lets phone companies exchange billing information.

However, this critical component of the cellular network has a security vulnerability — anyone with your phone number can use SS7 to listen to phone calls, read text messages, and track the phone’s location.

The vulnerability is decades old, but it was brought more widely to the public’s attention during a 2016 demonstration where a U.S. Congressman agreed to participate in a hacking experiment for the TV show 60 Minutes. After Rep. Ted Lieu was shown all of his activity that hackers could access using this SS7 vulnerability, he had two initial reactions: “First, it’s really creepy. And second, it makes me angry.”

How Can Your Landline Calls Be Spied On?

It’s easy to think of landline phones as being too old-school for hackers, but that’s not true.

“Telephones are very simple devices,” explains The Guardian. “Your voice is converted into electrical pulses which are then relayed through the wire leaving your home. At any point in this line, somebody can simply attach a device to the wires which will convert the electrical information back into sound.” 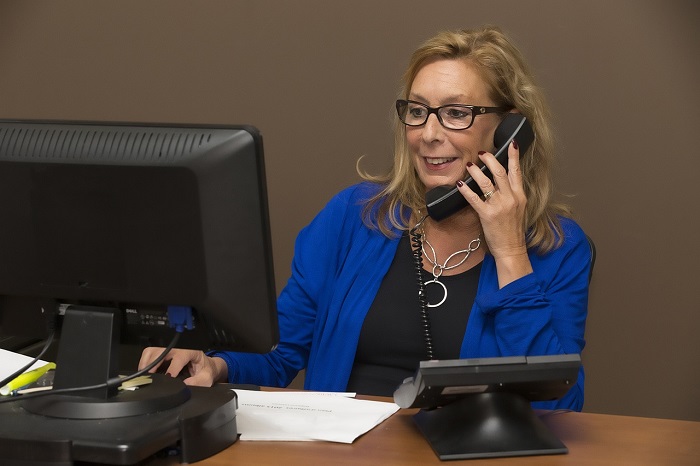 And while phone lines themselves remain lo-fi, the telecom infrastructure is digital, and so at this level, its vulnerabilities are more high-tech. For example, one breach that we know of is when a hacker accessed a customer’s account to fraudulently back-charge international calls.

Moreover, landlines are included in the U.S. government’s surveillance program: “Every day, collection systems at the National Security Agency intercept and store 1.7 billion e-mails, phone calls and other types of communications,” reports the Washington Post.

What Can Be Done to Keep Your Phone Calls Private?

In face of the multitude of risks, there has been a groundswell of end-to-end encryption tools as users seek to protect their privacy.

Ooma uses the same encryption technology that governments use to protect classified data. The control/signaling traffic is securely encrypted in a VPN Tunnel, and the voice data is security encrypted using SRTP.

How to Secure Your Phone Calls With Ooma?

To place an encrypted call, use your Ooma Telo and Ooma Office devices as you normally would. Note that calls made using Ooma’s free calling app do not include this encryption technology.

Additionally, for end-to-end encryption, both parties must be using the Ooma phone service. By keeping the call entirely within the Ooma network, not only does Ooma help keep your conversation secure, but you can access HD Voice technology which captures twice as much acoustic information as a traditional phone.

Wired explains that VoIP phone service with encryption faces technological challenges including “call quality issues, like delays and echoes,” difficulties of routing data streams through local firewalls and network filters, and the limits of Internet bandwidth.

Which is to say that encrypted phone conversations are not very useful if the call quality is so poor that you are struggling to understand the other person.

Not only does Ooma offer encryption, but its VoIP phone service has been widely recognized as high-quality. Ooma Office has been ranked #1 in the industry for the past eight years in the PC Magazine Business Choice Awards. Separately, a PC Magazine editor said about Ooma: “I was pleased to find that the sound quality was among the best of the VoIP services I’d tested, and everyone I’ve called to test my VoIP services agreed.”