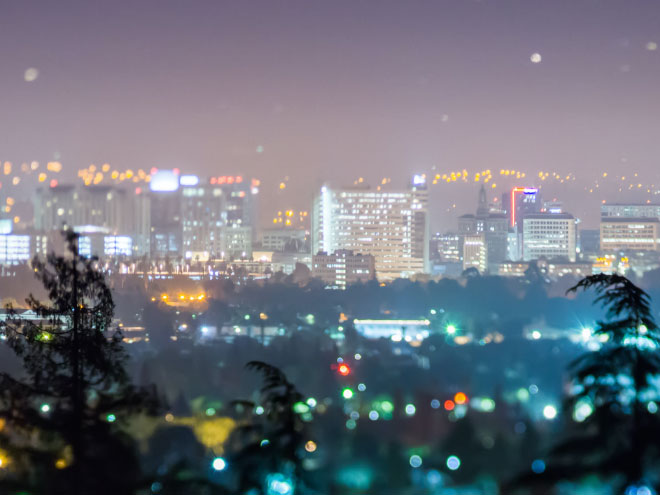 Get a San Jose number with Ooma.

Make sure your business connects with your community
with a 408 or 669 area number.

Having a local San Jose phone number is important for any business to be found in their local community, and people often look to support local businesses that are making their communities more prosperous.

Ooma is a phone service dedicated to empowering customers to connect in smarter ways, fitting right in with the true cultural fashion of Silicon Valley.

San Jose is famously known as Silicon Valley. In fact, a lot of people would say the actual name of the city has been overshadowed by the name Silicon Valley, and it is for good reasons. San Jose has been the world capital for tech-minded culture with its inhabitation of the headquarters to tech giants like IBM, Apple, and Google.

San Jose’s neighboring cities do not just serve as residential areas to the citizens of the city, many of these neighborhoods serve as major hubs for the tech world. Some of the prominent cities next door include Santa Clara, Sunnyvale, Los Gatos, Palo Alto, and Cupertino to mention a few.

Ooma knows exactly what kinds of services the small businesses in San Jose needs, as it has its headquarters right next door in Sunnyvale.

San Jose is more than a tech hub – San Jose is distinguished from other tech hubs in the world by being the home to various historical landmarks and the host of several beautiful activities in the unique outdoor areas of the city.

San Jose is the third-largest city in California and is the most populous city in the metropolitan surrounding the Bay Area. As a city that relies heavily on advanced-technology and computer-related wealth, it comes as no surprise that it is the most expensive city to live in the United States.

Ooma offers something that is not usually seen in Silicon Valley, affordable phone service that allows small businesses to serve San Jose better with local phone numbers. Ooma understands that for a city like San Jose, which is dominated by tech giants, we have to offer more than just technologically advanced phone system – we have to offer the highest quality of phone service at the most affordable price possible in the city.

Can I transfer my San Jose number?

Can I have a San Jose phone number or toll-free number?

Do I own my San Jose phone number?

While San Jose phone numbers are registered and assigned by Ooma, the number is yours to use. As long as your account is in good standing, which means you don’t have any outstanding balances, you are free to transfer it to another phone provider if you choose.