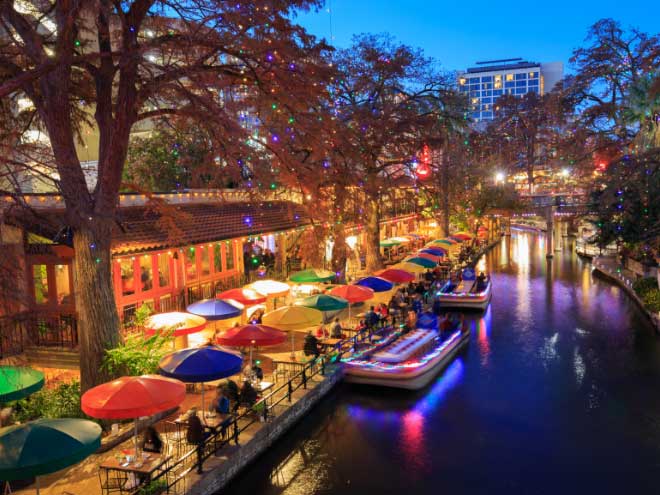 Get a San Antonio number with Ooma.

Make sure your business connects with your community
with a 210 area number.

Having a local San Antonio phone number is important for any business to be found in their local community, and people often look to support local businesses that are making their communities more prosperous.

Local area code 210 and 830 with a San Antonio phone number.

San Antonio is the second-most populous city in Texas. It is known for its colorful blend of the Mexican and Texan culture, as well as its modern scenery and a vast collection of restaurants. For a long time, San Antonio has been ranked as one of the top big cities in Texas.

There are four area codes in San Antonio. The area code 210, just like San Antonio, has a rich history since it was first put to service in November 1992.

Since then, 210 has gone on to birth two other area codes (830 and 956) and the overlay 726, which cover Bexar County, Comal County and the cities of San Antonio, Schertz, Universal City, Cibolo, Live Oak and more. Anyone with a local phone number starting with these area codes is immediately recognized as a business local to the city.

San Antonio offers its residents and small businesses several benefits. In terms of employment, the largest sectors that offer San Antonio residents, the most employment opportunities are services, manufacturing, and government. San Antonio is a city where its heritage is deeply rooted in the city's fabric despite its economic, cultural, and technological advancements.

Ooma supports the power of local representation and heritage. That’s why Ooma can enable you to better represent the city with a local phone number for your business in San Antonio.

Ooma gives small businesses in neighborhoods like Fort Sam Houston, Downtown, St. Mary’s Gateway District, Woodlawn Lake, Southeast Side, and more the opportunity to provide a feeling of locality to their customers.

San Antonio records over 8 million tourists visit from all over the world. Small businesses in the area can serve both tourists and residents better with advanced features like Virtual Receptionist and Ring Groups, and be more efficient by allowing employees to work from anywhere.

It doesn’t matter what part of San Antonio your business is in or how many calls your business receives, Ooma has got you covered.

Can I transfer my San Antonio number?

Can I have a San Antonio phone number or toll-free number?

Do I own my San Antonio phone number?

While San Antonio phone numbers are registered and assigned by Ooma, the number is yours to use. As long as your account is in good standing, which means you don’t have any outstanding balances, you are free to transfer it to another phone provider if you choose.