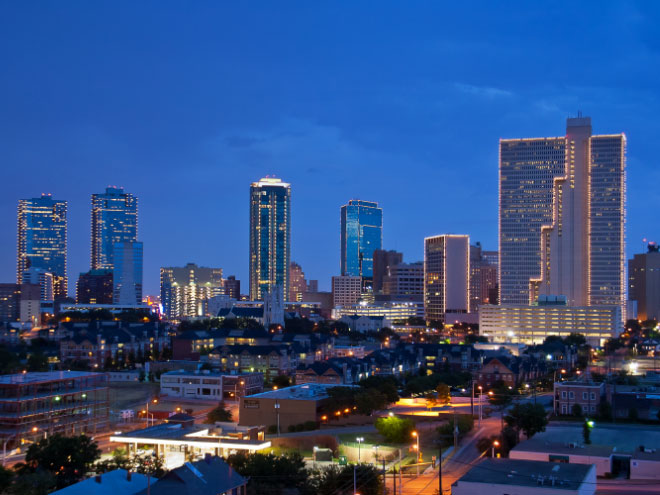 Get a Fort Worth number with Ooma.

Make sure your business connects with your community
with a 682 or 817 area number.

Serve Fort Worth better with a local phone number.

Having a local Fort Worth phone number is important for any business to be found in their local community, and people often look to support local businesses that are making their communities more prosperous.

Get more local with Ooma.
Serve Fort Worth better with a local phone number.

Fort Worth holds its position of being the fifth-largest city in the state of Texas, and quite gracefully, the 13th largest city in the United States. While the size of Fort Worth is impressive, it is the city’s embrace of its western heritage and traditional architecture that brings it to life.

As a trade center, Fort Worth has historically thrived as the heartbeat of the Texas Longhorn cattle trade. While still considered by some as a satellite city due to its proximity to Dallas, Fort Worth has quickly become one of the fastest-growing cities in the United States.

With its recent growth, the residents and local businesses of Fort Worth have had to rely on a fast and reliable means of communication that is affordable – features that Ooma provides with its various phone plans.

Ooma gives you a local feel to better blend in with the neighborhoods of Fort Worth, including popular neighborhoods like Stop 6, Wedgwood, Arlington Heights, Sundance Square, North Hi Mount, and Carter Riverside.

Fort Worth is greatly admired for its architectural aesthetics and innovation. That includes the Kimbell Art Museum, which is considered by many as having one of the best art collections in the state of Texas and housed in one of the most outstanding architectural innovations of the modern era.

With Fort Worth being the home to many incredible and world-famous museums, it is easy to see why Fort Worth city serves as a compelling tourist site for many visitors from all over the world. Ooma phone services help local businesses serve tourists and residents by matching the local feel with a local phone number, including great features like call recording and virtual receptionist so you can help customers more efficiently.

Are all Fort Worth area codes available?

Can I transfer my Fort Worth number?

Can I have a Fort Worth phone number or toll-free number?

Do I own my Fort Worth phone number?

While Fort Worth phone numbers are registered and assigned by Ooma, the number is yours to use. As long as your account is in good standing, which means you don’t have any outstanding balances, you are free to transfer it to another phone provider if you choose.

Ooma resellers near Fort Worth, TX