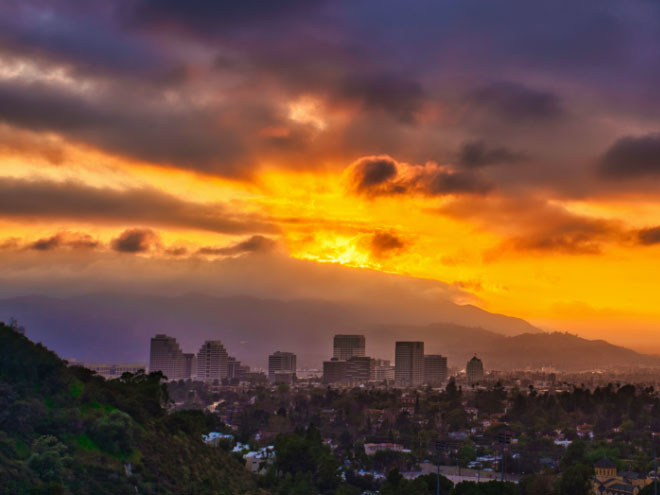 Get a Glendale number with Ooma.

Make sure your business connects with your community
with a 747 or 818 area number.

Having a local Glendale phone number is important for any business to be found in their local community, and people often look to support local businesses that are making their communities more prosperous.

Get more local with Ooma.
Serve Glendale better with a local phone number.

Glendale is the third-largest city in Los Angeles by population, and it lies just on the southern end of the San Fernando Valley and is split by Verdugo Mountains. Something very few people know is that Glendale has one of the largest communities of Armenian descent in the United States and the largest Armenian population outside of Yerevan.

Here are a few fun facts about Glendale. The Forest Lawn Memorial Park Cemetery houses the remains of many celebrities and residents in the city, and the Grand Central Airport was the departure point for the first commercial west-to-east transcontinental flight.

One very prominent company that calls Glendale home is DreamWorks SKG. For the uninitiated, DreamWorks SKG is the company responsible for creating various animations that have gone on to become worldwide phenomena such as Shrek, Madagascar, Saving Private Ryan, and various non-animated critically acclaimed movies as well. Glendale is also quite a big deal in the world of theme parks, as Disney Imagineering calls Glendale home.

Did you know that the city of Glendale is a symbol of environmental excellence? Glendale is the first city to earn the “Miss American Green Cross” and award given by an environmental organization dedicated to saving trees in America.

Glendale also is home to Glendale Galleria, the fourth-largest shopping mall in Los Angeles County. According to many of the residents and visitors of Glendale, Glendale’s primary shopping destination is The Americana at Brand, which has been described by many as being the ultimate outdoor mall experience designed to make you feel like you are in a new neighborhood.

Small businesses can use Ooma to serve the residents of Glendale better with features such as local phone numbers, call recording, call blocking, and virtual receptionist (which can be used so that customers aren't left ringing all day).

Are all Glendale area codes available?

Can I transfer my Glendale number?

Can I have a Glendale phone number or toll-free number?

Do I own my Glendale phone number?

While Glendale phone numbers are registered and assigned by Ooma, the number is yours to use. As long as your account is in good standing, which means you don’t have any outstanding balances, you are free to transfer it to another phone provider if you choose.