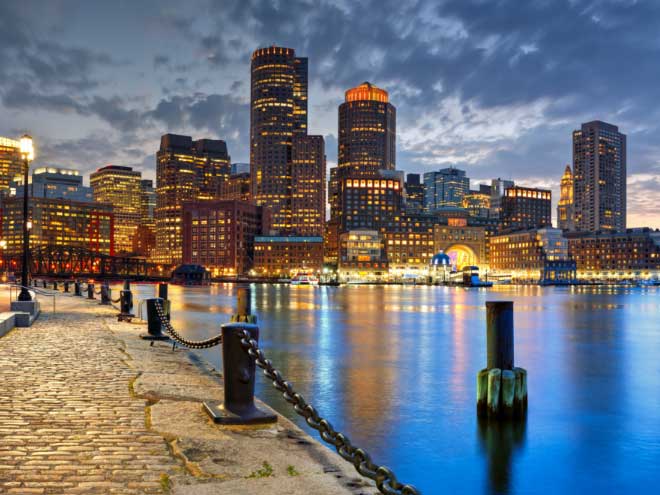 Get a Boston number with Ooma.

Having a local Boston phone number is important for any business to be found in their local community, and people often look to support local businesses that are making their communities more prosperous.

Boston rightfully earns its name as being a city of first despite having an unusually small area for a major city, a fourth of which is covered by water. Boston is known to have constructed the first public park in 1634, the first public school in 1635, and the first subway system in the nation in 1897.

Boston ranked fifth in the world for innovation in 2017. It’s a city full of innovation-friendly structures, some of which include incredible transportation routes, cultural assets, accessibility, and education centers. Ooma helps small businesses in Boston serve the city better by providing them with all the big business features at affordable costs.

One very modern aspect of the city is the steady buildup of digital startups and entrepreneurs that have come to Boston to start their operations. Spread across the city are public parks, playgrounds, and farmers markets. According to the American Fitness Index, Boston was named as one of the top ten fittest U.S cities.

Ooma easily integrates into the technological culture of Boston city by providing small businesses and residents of Boston with affordable, reliable phone service. Ooma makes it possible for small business to make use of big business features like Virtual Receptionist and Call Blocking at affordable rates.

Boston is the only American city in the top ten best cities for students in 2017 – it was ranked 8th in the world. It is no surprise as it is home to major institutions like Harvard, MIT, and Tufts. It’s then quite natural that the city of Boston is home to several startups as it has no shortage of talent from its major institutions.

To help small businesses provide a more local feel to the students coming to Boston from all around the world, get a local phone number from Ooma.

Are all Boston area codes available?

Can I transfer my Boston number?

Can I have a Boston phone number or toll-free number?

Do I own my Boston phone number?

While Boston phone numbers are registered and assigned by Ooma, the number is yours to use. As long as your account is in good standing, which means you don’t have any outstanding balances, you are free to transfer it to another phone provider if you choose.