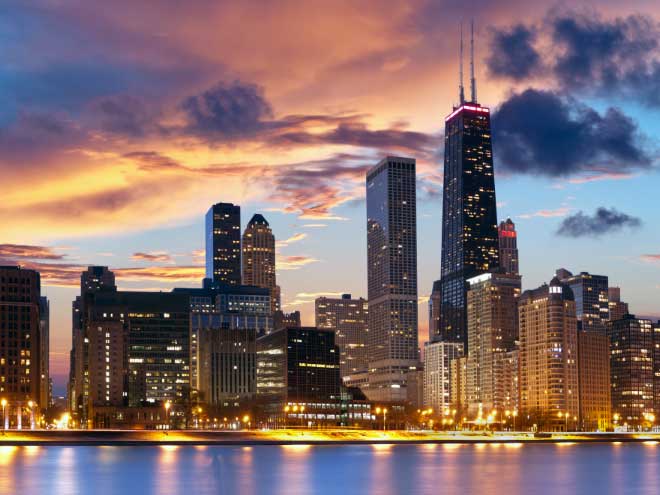 Get a Chicago number with Ooma.

Make sure your business connects with your community
with a 312 area number.

Having a local Chicago phone number is important for any business to be found in their local community, and people often look to support local businesses that are making their communities more prosperous.

Get a local 312 and 872 area code phone number in Chicago with Ooma.

It comes as no surprise that Chicago has three major area codes serving its huge population. The area code 312 is one of the original 86 area codes created by AT&T and the Bell System in 1947. 312 was created to serve the Chicago metropolitan area, which includes Cook County and the city of Chicago, before it was split in 1996 into 773.

It wasn't until 2009 that 872 was created and it currently overlays 312 and 773. The area codes 312 and 773 are integral aspects of Chicago communities and communication channels.

Chicago, or The Windy City as it is commonly called, has close to 3 million residents and is the third-largest city in the United States. For the small businesses who serve the residents and tourists in Chicago who require a stable phone service that provides its users with local phone numbers, cheap international rates and big business features, Ooma is a great option. Ooma provides the option to choose from any of the existing area codes for Chicago.

Chicago is the home to the world’s first modern skyscraper – the Home Insurance Building, built-in 1885. Since then, Chicago has become a beacon for modern, beautiful, and breathtaking skyscrapers that have served as homes and workplaces to Chicago residents.

A crucial part of Chicago is its culture. Historically, Chicago has a powerful musical tradition, famous for the blues, jazz, soul, and gospel music. Many people forget that house music was born in Chicago too.

Businesses in Chicago thrive on the constant influx of tourists and new residents from various parts of the world looking to taste the famous Chicago culture. One way businesses can give their customers a more local feel is with a local phone number, especially in neighborhoods like Austin, Magnificent Mile, River North, and Lake View, where locals pride themselves on their connection to the history of Chicago.

Are all Chicago area codes available?

Can I transfer my Chicago number?

Can I have a Chicago phone number or toll-free number?

Do I own my Chicago phone number?

While Chicago phone numbers are registered and assigned by Ooma, the number is yours to use. As long as your account is in good standing, which means you don’t have any outstanding balances, you are free to transfer it to another phone provider if you choose.