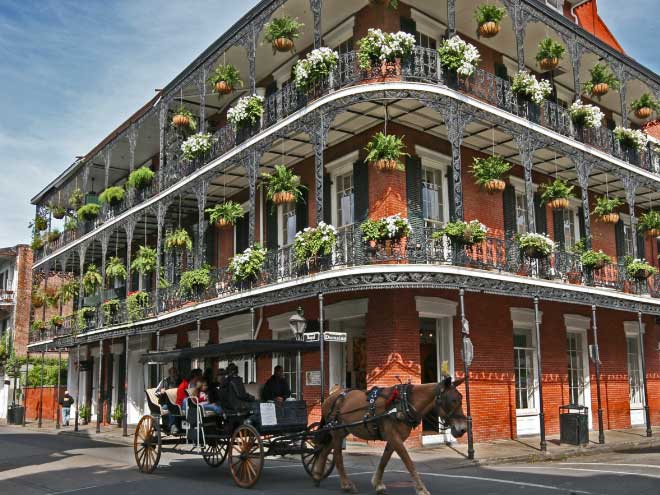 Get a New Orleans number with Ooma.

Make sure your business connects with your community
with a 504 area number.

Having a local New Orleans phone number is important for any business to be found in their local community, and people often look to support local businesses that are making their communities more prosperous.

New Orleans! Oh, New Orleans. New Orleans is a city held up by its residents’ culture of solidarity and ability to fight against all odds in the face of adversity. New Orleans is a city founded from the aftermath of an environmental conflict due to its strategic position during the European struggle for control of North America, and has endured tragedies like Hurricane Katrina.

504 is a popular number; it is the model number for one of the most popular Peugeots ever made, the Peugeot 504. However, the number 504 is iconic for another reason; it is the area code for the city of New Orleans, and it is the only area code that serves the area. The area code 504 is even more legendary because it is one of the original 86 codes created by AT&T and the Bell System in 1947, meaning it has a place in telephone history.

504 was split twice, once in 1998 and again in 2001 to move numbers outside of New Orleans to the area codes 225 and 985, respectively. Together, the 504, 225 and 985 area codes cover Orleans County, Jefferson County, St. Bernard County, Plaquemines County and the cities of New Orleans, Metairie, Kenner, Marrero and more. Possessing a local phone number starting with the area code 504 brands your business as being a part of the New Orleans community. Ooma provides its customers with the option to get local phone numbers starting with 504.

But New Orleans is also proudly the birthplace of Jazz music, a vibrant and uplifting genre that speaks to the soul, thanks to the special contribution Buddy Bolden, known as “the first man of Jazz.”

New Orleans has since grown into a city known for its unique culture that blends various heritages from all over the world, and for giving its culinary speciality - Cajun food. Neighborhoods like Algiers, French Quarters, Lakeview, Faubourg Marigny and Bywater, Arts District, and Bourbon street all add their unique blend of culture and Cajun food restaurants to the vibrance of New Orleans.

Ooma is a company that believes in preserving the culture and propagating business developments in New Orleans. With the Ooma Office phone system, small businesses can get more local, and serve the city of New Orleans better with a local phone number that works across several platforms.

Ooma Office is a VoIP business phone system that uses the internet to connect callers. It offers small business owners greater flexibility and mobility that cannot be enjoyed with traditional business landlines.

Small businesses and residents of New Orleans can carry on with their spirit of solidarity and fortitude against all odds with a phone service that is appropriately priced and offers big business features like Virtual Receptionist and Call Blocking.

New Orleans has more than just its cultural attributes going for it. New Orleans is the largest city in Louisiana, holding one of the most important ports in the country. It’s also a major tourist attraction hub, and it serves as a medical, industrial and educational center.

What better way to support the small businesses of New Orleans than to give them a phone service that provides them crystal-clear nationwide calls, and all the features that you would expect from your phone service, plus more.

Can I transfer my New Orleans number?

Can I have a New Orleans phone number or toll-free number?

Do I own my New Orleans phone number?

While New Orleans phone numbers are registered and assigned by Ooma, the number is yours to use. As long as your account is in good standing, which means you don’t have any outstanding balances, you are free to transfer it to another phone provider if you choose.