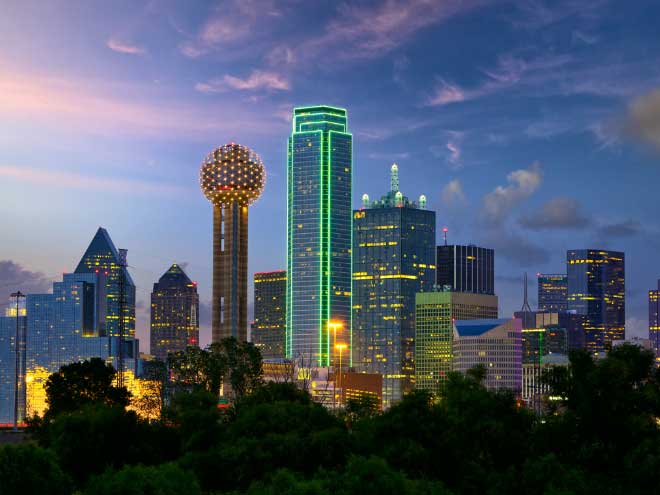 Get a Dallas number with Ooma.

Make sure your business connects with your community
with a 214, 469 or 972 area number.

Having a local Dallas phone number is important for any business to be found in their local community, and people often look to support local businesses that are making their communities more prosperous.

The state of Texas is the second-largest state in the United States by population and area, and Dallas shares the same properties as its mother state. Dallas is the third-largest city in the state of Texas after San Antonio and the city of Houston.

Dallas possesses something every city in Texas has - a local feel regardless of the city’s size. However, Dallas is no small city. It has an estimated population of 1.3 million, making it the 9th most populous city in the United States. It also has no shortage of cultural influx and business opportunities.

These natural disasters are known to cause major disruptions in the communications of the entire city as a whole. Ooma relies on the internet to provide you with high quality calls, so you can be sure that your business will stay connected no matter what. With Ooma Connect – our proprietary internet backup system, your business will stay connected during emergencies.

All that your small business needs to stay connected in Dallas is Ooma Office - a simple-to-use phone service that works straight out of the box.

Are all Dallas area codes available?

Can I transfer my Dallas number?

Can I have a Dallas phone number or toll-free number?

Do I own my Dallas phone number?

While Dallas phone numbers are registered and assigned by Ooma, the number is yours to use. As long as your account is in good standing, which means you don’t have any outstanding balances, you are free to transfer it to another phone provider if you choose.