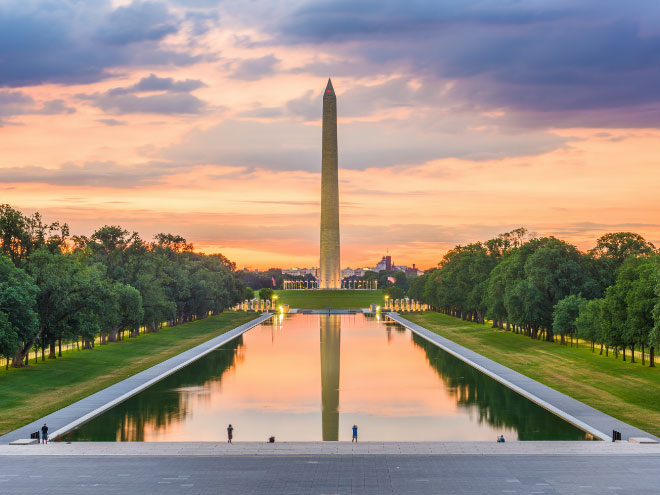 Get a Washington number with Ooma.

Make sure your business connects with your community
with a 202 area number.

Having a local Washington phone number is important for any business to be found in their local community, and people often look to support local businesses that are making their communities more prosperous.

Get local 202 area codes with a Washington DC phone number.

Washington DC is more than just another city, it signifies independence, excellence, freedom, and unity to many people around the world. Even residents of other countries that have never visited the United States dream of visiting this special city.

According to an article by Ryan Fallon, a Business News daily writer, Washington DC is a world-class city that boasts tremendous assets and opportunities for businesses. DC, therefore, is a land of opportunity for big and small businesses alike.

Ooma understands that greatness comes at a cost, but we at Ooma prefer to make great things with a low cost so more people can have access to them. With Ooma Office, small businesses can run their business with the same advanced business phone services used by big companies at affordable rates.

Tourism is a big part of Washington DC, and the hospitality that Washington DC offers to its tourists is probably why its popularity as a tourist site has grown over the years. With several monumental sites like the Lincoln Memorial (the steps from which Dr Martin Luther King Jr. delivered his famous “I have a dream speech”), The Washington Monument, National Mall and Veterans Memorials, National and Space Museum, The National Gallery of Art, The National Museum of National History and more, it is easy to see why Washington DC is more than just the capital of the United States.

Washington DC easily represents everything that makes us human – unity, transgressions, arts, education, bravery, death, and the essence of greatness. It comes as no surprise that the major industry in Washington DC is the political industry.

Ooma phone service can only add to the already legendary status of Washington by providing small businesses with affordable phone services and a more local feel with a DC phone number.

Are all Washington area codes available?

Can I transfer my Washington number?

Can I have a Washington phone number or toll-free number?

Do I own my Washington phone number?

While Washington phone numbers are registered and assigned by Ooma, the number is yours to use. As long as your account is in good standing, which means you don’t have any outstanding balances, you are free to transfer it to another phone provider if you choose.