Video Security Has a Significant Impact on Home Safety

Video security systems are becoming wildly popular, and the global market size is expected to hit $63 billion by 2022. This growth is, in part, due to the availability of smart video cameras.

The strong impact that smart video cameras have on security has made them a top-recommended device by security experts and a sought-after solution for security-conscious consumers. 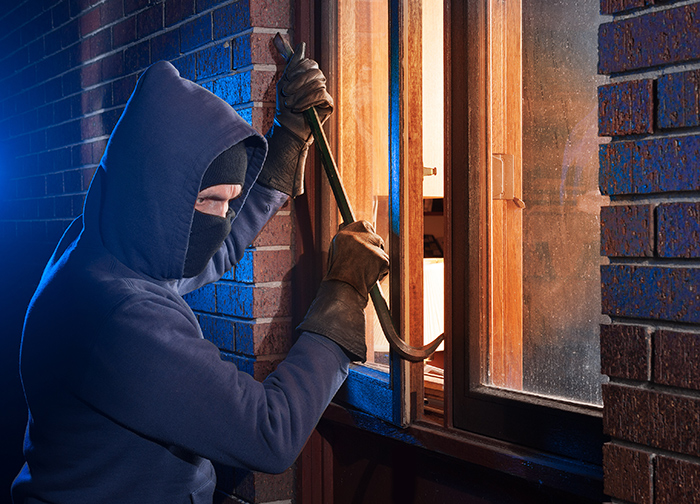 Video Security as a Crime Deterrent

The mere presence of a video camera can affect criminal activity. According to a report from UNC Charlotte’s Department of Criminal Justice & Criminology, cameras and surveillance are the top considerations of burglars when they’re selecting a target.

After surveying burglars about their crime practices, about 83 percent said they’d look for alarm signs, alarms, outdoor cameras, or other surveillance equipment before attempting a burglary. Furthermore, about 60 percent of surveyed burglars said that an alarm would prompt them to seek an alternative target.

Using Footage to Identify and Catch the Offender

When a crime does occur, law enforcement is increasingly relying upon security cameras during criminal probes.

Following a home break-in, police do their due diligence, but the process is often unlike what happens in television crime dramas. Without security footage, there’s often very little that can be done to identify the perpetrator.

The Captain of a NJ Police Department explains, “As recently as five years ago, video systems in the home were the exception. Now, we routinely have some sort of video from an involved homeowner or a neighbor.”

Additionally, the security footage can easily be shared on social media so that as many people as possible can help identify the suspect. Police forces across the country are saying how valuable home security cameras can be, and the Little Rock Police Department noted that in one case, “if it wasn’t for her wireless security system, the chances of her finding the [stolen valuables] wouldn’t be as great.”

One Step Ahead of the Criminal

Smart video security is also helping homeowners act quickly when there’s a potential threat. Rather than arriving home to discover that a burglary has occurred several hours prior, internet-enabled video cameras can send activity alerts so that users to see the live video feed of a burglary.

This smart video technology means that you’ll have the footage as evidence, but you can also alert the authorities while the event is still happening.

Sergeant John Silver with the Reno Police Department says, “It’s becoming more and more frequent where people are calling because they’re able to see somebody on surveillance cameras either in their house or outside their house.”

While using video security systems to fight crime isn’t new, the technology has come a long way since its beginnings. Today’s smart security cameras are powerful devices that are easy to install and even easier to use. 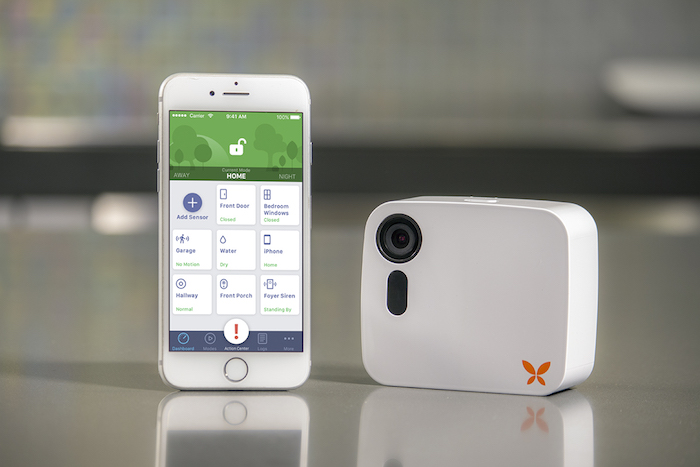 Full video: With the Ooma Butterfleye, you have complete video access to the places that you care about the most. Access live streamed video from anywhere in the world or access archived video history. Plus, the Instant Video feature captures activity five seconds before an event so you won’t miss key info.

Remote access: Rather than needing to use an external service to monitor your home security, the internet-enabled smart security of the Ooma Butterfleye gives you remote access via your mobile device.

Wi-Fi: With the Ooma Butterfleye, you won’t face the installation challenge of hardwiring data cables. Instead, the camera communicates via Wi-Fi, making it easy to reposition, and it can even become a portable security solution.

Works during outages: A power or internet outage can leave you vulnerable unless you’re using a device such as the Ooma Butterfleye, which has both a backup battery and on-board storage so you can keep recording even during outages.

The Ooma Butterfleye has been called a “super smart” video security camera because it has raised the bar for what security technologies can be integrated into a camera. 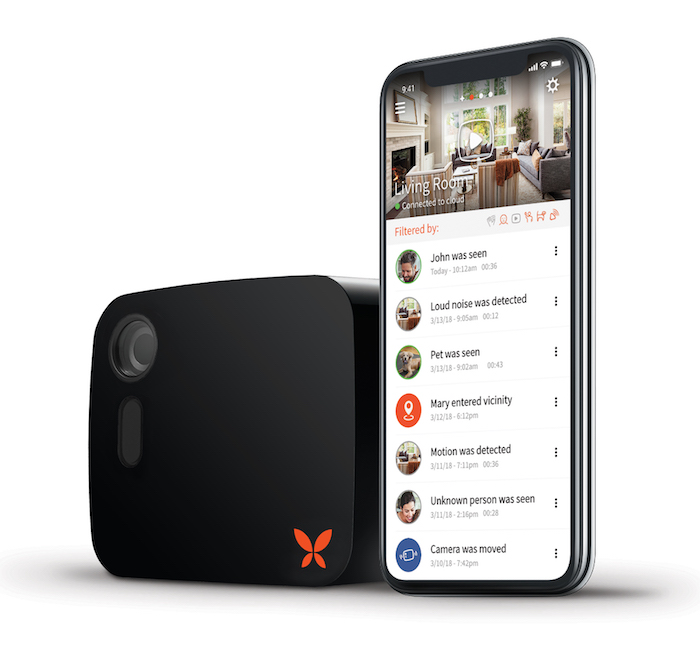 Facial recognition or Face ID: Rather than simply detecting activity, the Ooma Butterfleye can streamline your notifications by letting you know who the camera sees. The facial recognition system is powered by artificial intelligence so the device can learn over time and increase its certainty in identifying faces.

Geofencing: While all Ooma Butterfleye users have privacy features to arm or disarm the camera, Ooma Butterfleye Home Secure subscribers have access to an automated arm/disarm feature called geofencing. This advanced technology uses your cell phone’s GPS to automatically arm the device when you leave the house and disarm it when you arrive back home.

Interactive communication: The Ooma Butterfleye goes beyond video. Use the device to hear what’s happening in your home, and broadcast your voice over its speakers. Whether you’re using it to ward off a criminal or to communicate with a family member, this two-way audio feature lets you go beyond watching footage to being able to interact with the people in your home.
Read more home security blog.

Ben is the General Manager of Video Solutions at Ooma. Ben was the founder and CEO of Butterfleye- an AI based security startup with cloud recurring revenue business, which Ooma acquired in December 2017. Ooma Smart Cam uses advanced software, and artificial intelligence to recognize faces, people, pet, and many other objects. 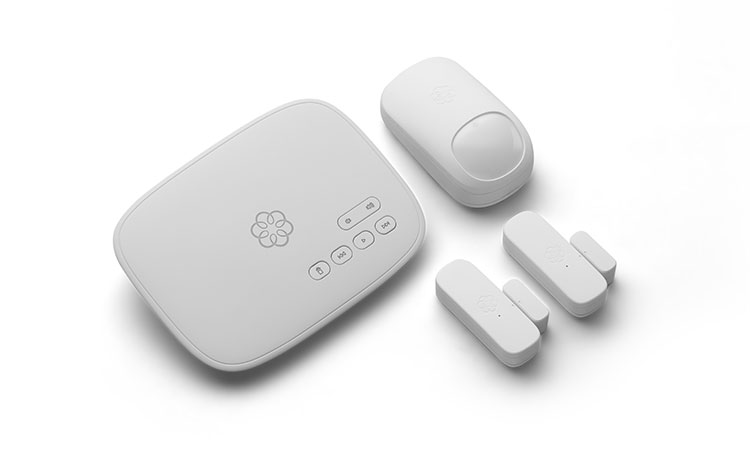 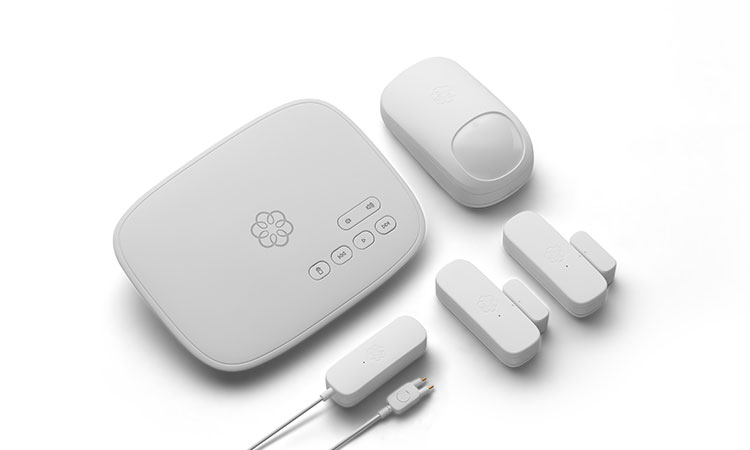 $179.99
Out of Stock
We use cookies and similar technologies to analyze traffic, enhance your experience and allow our partners to serve tailored advertisements. For more information or to opt out, visit our Privacy Policy.
I agree  Learn more