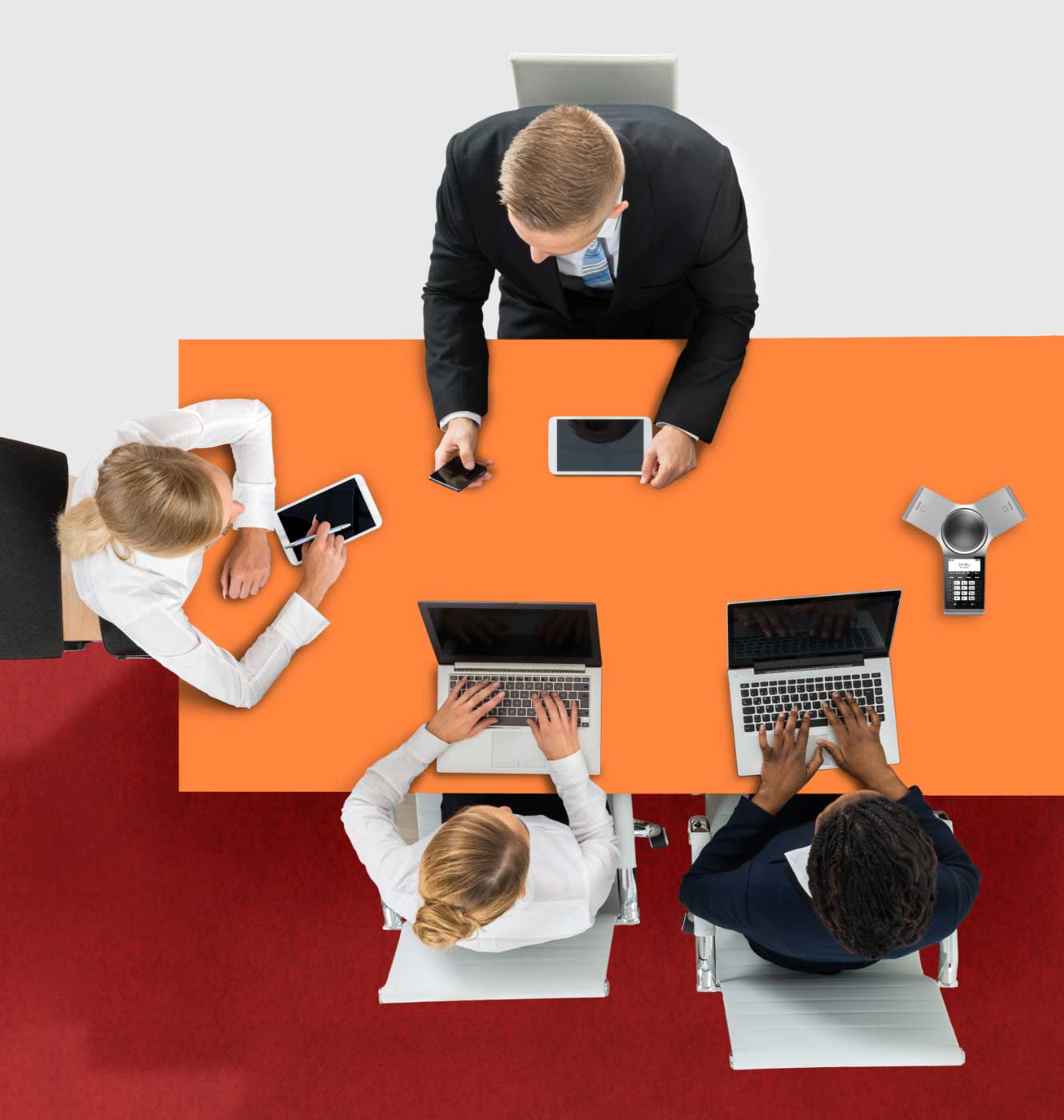 GET A FREE CONSULTATION

Cloud communications, like many other industries, has a language all its own. Some of the terms associated with cloud communications are acronyms and some reference technologies that may be unfamiliar if you are new to the topic.

To make things easier to understand, we’ve compiled a comprehensive list of cloud communications terms as a welcome asset to anyone new to the space. We’ll tackle the list alphabetically:

The method of routing calls to particular people or ring groups. For example, ACD is used to deliver calls to contact center agents based on user inputs or pre-defined rules, including skills-based routing.

BYOD – Bring Your Own Device

BYOD refers to employees bringing their personal devices, such as smartphones, tablets and laptops, to the workplace to access information and apps for communication and collaboration.

In addition to displaying the incoming phone number, CNAM displays the caller’s name, or company name if it is available, in a commercial database.

A common name for any technology that allows interactions on a telephone and a computer to be integrated or coordinated. The term is predominantly used to describe desktop-based interaction for helping users be more efficient, though it can also refer to server-based functionality such as automatic call routing.

DID is a method of directly dialing the 10-digit number of an IP Phone or a telephone attached to a PBX without routing calls through an attendant or an automated attendant.

This service allows customers to set the physical address that will be relayed to emergency dispatchers when 911 is dialed from an IP endpoint, allowing parity with landline-based 911 calls. It also ensures that calls to 911 are routed to the nearest Public Safety Answering Point.

A name for the set of technologies that seek to remove the difference between mobile and fixed networks.

A hosted service is an IT service such as such as email, unified communications and IM used over the internet from a remote location. Rather than running their own servers at their site, they are leveraging hosted services.

Internet Protocol is a standard that defines the way data is transmitted between a source device and a destination. Within the TCP/IP communications protocol suite, IP figures out how data is delivered while TCP ensures it’s delivered reliably. Telecommunications hardware that is designed for use over the internet is commonly called “IP-enabled.” IP-enabled phones may be referred to as “SIP Phones” or “VoIP Phones.”

An IP-PBX is a telephone-switching system within the enterprise that delivers voice or video over a data network using Internet Protocol.

A technology that allows a computer to interact with users through the use of voice and keypad inputs. In telecommunications, it’s often used to allow customers to make their way through a company’s telephone network to reach call centers, contact centers, individual agents and more via keypad presses or speech recognition.

In telecommunications, jitter is undesirable interference in the transmission of data across the network. It is responsible for the degradation of voice quality.

Latency is the time it takes for a packet of data to travel from one application to another. It includes the time of transit across the network and time needed to prepare and process data at the sending and receiving endpoints. Bad latency is often felt like a lag between when something happens, like speaking, and when it comes across, like another caller hearing what you said.

The local phone company responsible for delivering calls within a local area.

A PBX is the hardware and software that comprise a business voice telephone system.

Presence is a unified communications productivity feature that indicates the status and location of users as soon as they connect to the network.

PRI is a physical connection to the Public Switched Telephone Network (PSTN) over a dedicated line that only serves voice transmission. Traditional business telephone systems leverage PRI. SIP is an alternative to PRI.

The network of the world’s public circuit switched telephone networks. It consists of telephone lines, fiber optic cables, microwave transmission links, cellular networks, communications satellites, and undersea telephone cables. These are all interconnected by switching centers, thus allowing any telephone in the world to communicate with any other telephone. Originally a network of fixed-line analog telephone systems, the PSTN is now almost entirely digital in its core and includes mobile as well as fixed telephones.

QoS is a router setting that prioritizes voice traffic over data traffic. This improves the quality of internet-based telephone calls.

SaaS – Software As A Service

Sometimes referred to as “on-demand software,” SaaS is a software delivery model in which software and its associated data are hosted centrally, typically in the cloud, and are usually accessed by users using over the internet via a web browser.

An SLA is a service contract or an agreement which defines the minimum level of services that a service provider will deliver to you.

A soft switch is the software equivalent of a physical telephone switchboard. Internet-based telephony and even some traditional telecommunication networks use soft switches to manage the connection of phone calls.

A softphone or a software telephone enables Voice Over Internet Protocol (VoIP) telephone calls from devices like computers, smartphones or tablets. They eliminate the need for desk phones.

GET A FREE CONSULTATION

Find out about the top quality, out-of-the-box Enterprise UCaaS features you need.

Learn how to boost customer loyalty with customized business communications

Hear from our customers. 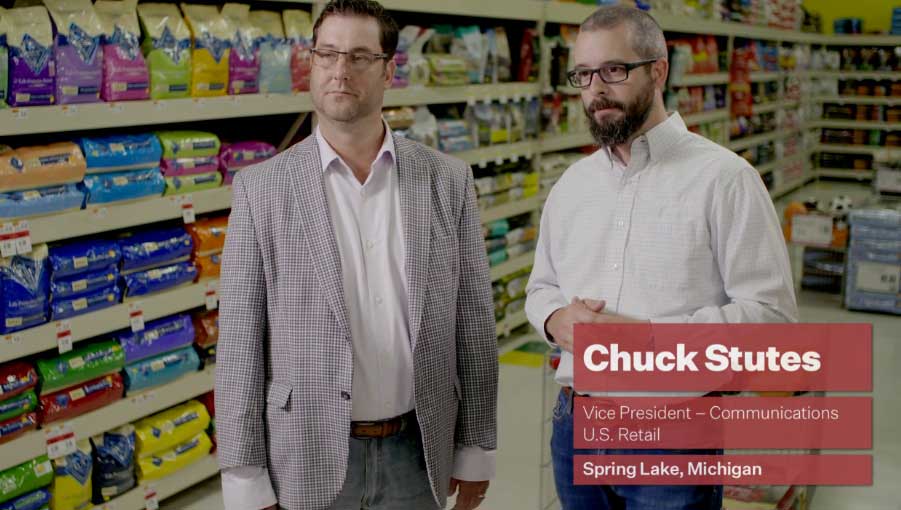 See how Ooma Office became a plug and play solution for U.S. Retail across 41 franchise locations. 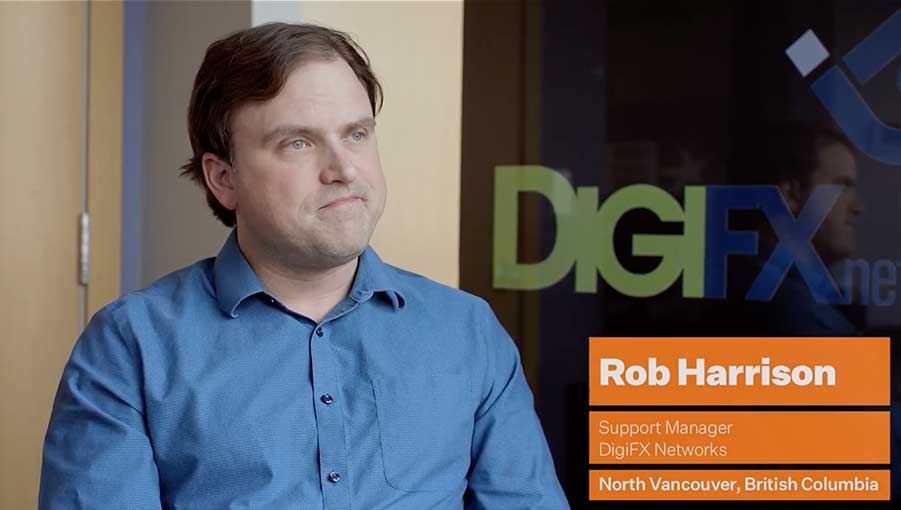