Do you need fast internet for VoIP?

If you’ve heard that you need a fast internet connection for VoIP, you may be relying on outdated information. Most people don’t have to worry about internet speeds to have high-quality internet phone service.

VoIP phone service (short for Voice over Internet Protocol) is an internet-based calling technology. Rather than calls being transmitted over a landline cable or cellular voice connection, they’re transmitted over the internet. Using VoIP is no different than a typical phone call, and savvy consumers are asking if you need fast internet for VoIP.

Internet speed is something you may think about in regards to digital phone service. After all, you do want to be able to count on high-quality voice calls and good communication.

Below we’ll look closely at the science and numbers behind the internet transmission of VoIP phone calls. Learn how much internet bandwidth VoIP uses and what factors influence the quality of your VoIP service.

What is the minimum required internet speed for VoIP?

VoIP speed requirements will vary based on your service provider and your internet environment. However, some guidelines can be used to understand how much bandwidth VoIP uses.

According to the FCC, VoIP calls require internet speeds that have less than 0.5 Mbps download.

That’s very low! To put that number in context, streaming video uses internet speeds that are at least six times that, with recommendations at 3 to 4Mbps download speed. Social media also uses more internet capacity than VoIP at 1Mbps download.

For example, Ooma’s VoIP home phone service recommends connections of at least 0.384 Mbps upstream and downstream. Those minimum bandwidth recommendations are easily met by a typical DSL connection or higher, according to Broadband Now.

How fast is your internet connection?

When you acquire your internet service, your plan will advertise a specific internet speed. However, that advertised rate of “up to 50 Mbps” may not necessarily reflect your actual speeds.

To find out exactly how fast your connection is, run an internet speed test.

The results will give you three numbers:

Download speed: This number stands for how many megabits you can download per second. The FCC defines basic broadband service as a download rate of 3 to 8 Mbps. Medium-level service is 12 to 25 Mbps, and advanced service is more than 25 Mbps.

Upload speed: This number is measured the same way as download speed using Mbps (megabytes per second). For VoIP service, both upload and download speeds are important because speaking in real-time requires that you’re both sending and receiving packets of audio data.

Ping rate: Measured in milliseconds, a ping rate is the reaction time. A fast ping, measured with a low number of milliseconds, means a more responsive connection.

To fully understand the capacity of your internet connection, you may want to run the speed test at several different times of the day to see if there are variances. You should also run a speed test using different devices. Because your goal is to measure your internet speed rather than your device connection, testing several devices may provide insight into your true internet speed. This is because different devices use different Wi-Fi antennas, and some may be better or faster than others.

What type of internet service is fast enough for VoIP?

As we discussed, even a basic broadband connection is fast enough for a VoIP phone system, based on FCC standard metrics. Your internet service provider (ISP) and internet plan will determine how fast your internet is, but rough speed estimates are listed below. 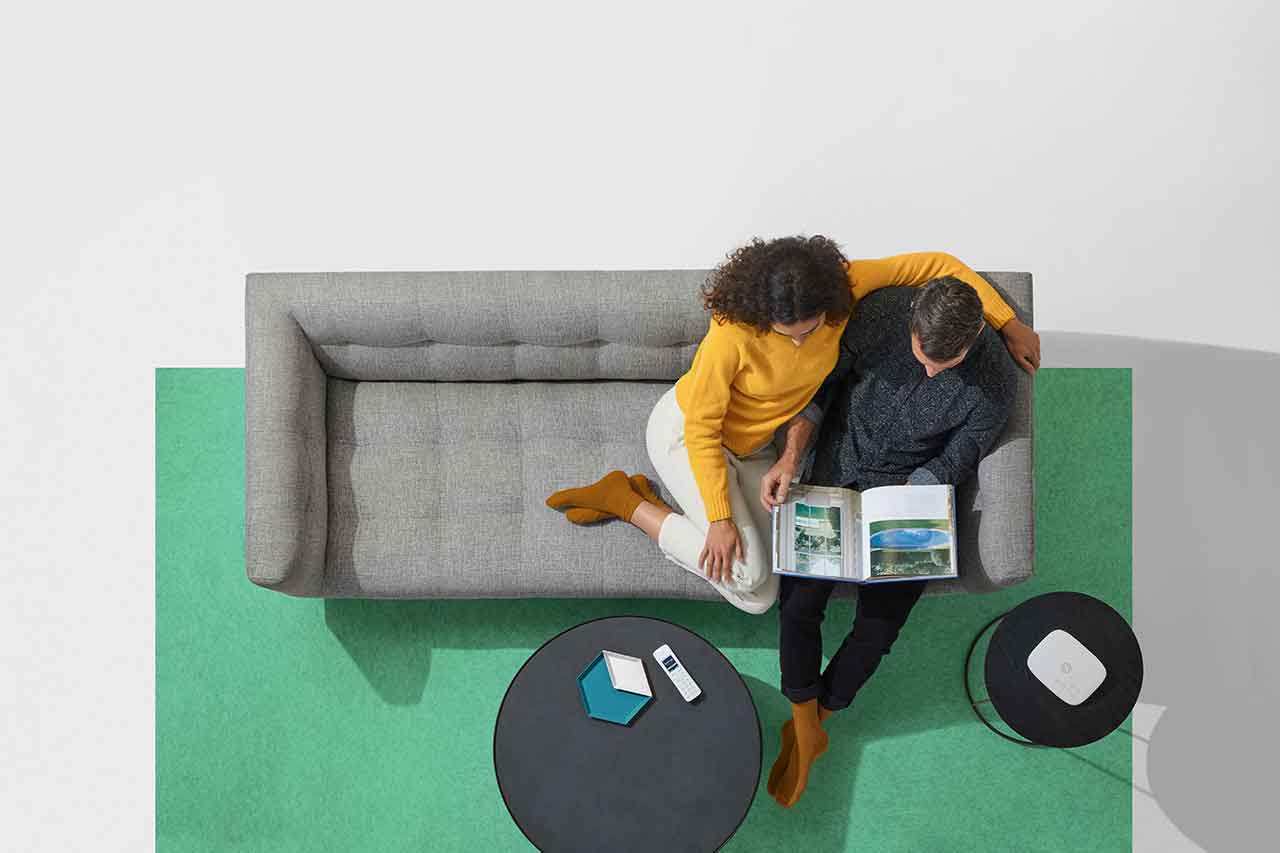 Traditional companies may discourage customers from switching to low-cost VoIP phone service citing the issue of internet speeds. It’s in their best interest to do this. For example, Ooma customers typically see $300-$400 annual savings after switching to VoIP. That’s money your current provider would probably rather you continue to spend on their service.

However, the internet speed numbers reveal that most households and businesses have internet speeds that are fast enough for VoIP. This isn’t the 1990s. Internet phone service uses a relatively small portion of today’s internet connection.

On the other hand, underestimating VoIP bandwidth could result in call quality issues, according to Phone.com. It’s best to have some clearance between the minimum speed recommended and your current speed due to the nature of internet connections, which can slow down when many people in the same area are using the internet at the same time.

What affects how much bandwidth your VoIP service needs?

First is the number of calls you want to make concurrently. This is especially relevant for business VoIP users who need to estimate the number of employees who could be on the phone at one time. The math is straightforward, and you’d simply multiply the number of concurrent calls by the bandwidth recommendations.

Notably, even households with one phone number can have multiple simultaneous calls by using features like Instant Second Line. If you plan to use your service in this way, then simply double your bandwidth requirements to accommodate two conversations.

The second factor that affects your bandwidth needs is the behind the scenes technology of your VoIP provider. The processing algorithms affect transmission and internet usage.

VoIP services that make smart use of your bandwidth employ strong compression technology. That means audio data will be reduced before it’s sent so it can transmit quickly and use less bandwidth.

Service can also be optimized through adaptive redundancy technology. The enemy of a high-quality voice call is packet loss, and this intelligent technology can instantly detect when there are gaps in the audio and send redundant data packets to fill in the blanks. Not only does this technology improve call quality, but by working dynamically, it helps you minimize your bandwidth usage.

Some VoIP providers also have technology that can work at your network level to prioritize phone calls. If you do have a limited amount of bandwidth, other data-intensive tasks such as downloads can have the potential to compete with your phone calls. With Quality of Service (QoS) technology that prioritizes phone calls, you don’t have to worry that the internet activity of someone else in your household will affect your phone conversation.

For example, when using the QOS configuration options on the Ooma Telo home phone, users can optimize their service to avoid wasting bandwidth. $129.99
Add to Cart
We use cookies and similar technologies to analyze traffic, enhance your experience and allow our partners to serve tailored advertisements. For more information or to opt out, visit our Privacy Policy.
I agree  Learn more